Below is a list of my favorite television productions (so far) that are set in the 1700s: 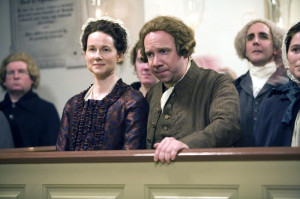 1. "John Adams" (2008) - Emmy winners Paul Giamatti and Laura Linney starred as John and Abigail Adams in this award winning HBO miniseries about the second U.S. President from his years as a Boston lawyer to his death. Tom Hooper directed. 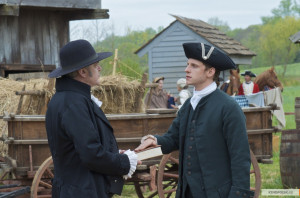 2. "Turn: Washington's Spies" (2014-2017) - Jamie Bell starred in this television series that is an adaptation of Alexander Rose's 2006 book, "Washington's Spies: The Story of America's First Spy Ring". The series was created by Craig Silverstein. 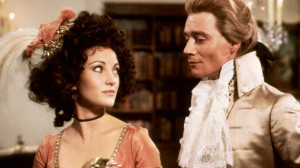 3. "The Scarlet Pimpernel" (1982) - Anthony Andrews and Jane Seymour starred in this television adaptation of Baroness Emmuska Orczy's novels about a British aristocrat who adopts a secret identity to save French aristocrats from the guillotine during France's Reign of Terror. Directed by Clive Donner, Ian McKellen co-starred. 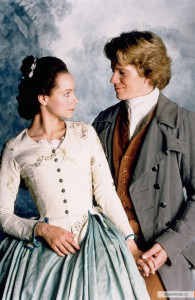 4. "The History of Tom Jones – A Foundling" (1997) - Max Beesley and Samantha Morton starred in this adaptation of Henry Fielding's 1749 novel. Metin Hüseyin directed. 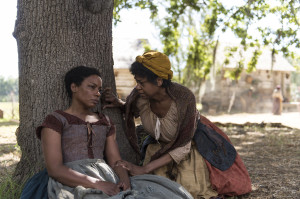 5. "The Book of Negroes" (2015) - Clement Virgo co-wrote and directed this adaptation of Lawrence Hill's 2007 novel about the experiences of an enslaved West African-born woman in North America during the late 18th century. Aunjanue Ellis starred. 6. "Black Sails" (2014-2017) - Toby Stephens, Luke Arnold and Hannah New starred in this STARZ television sequel to Robert Louis Stevenson's novel, "Treasure Island", about the experiences of Long John Silver and Captain J. Flint two decades before the events of the novel. The series was created by Jon Steinberg and Robert Levine. 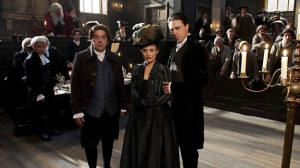 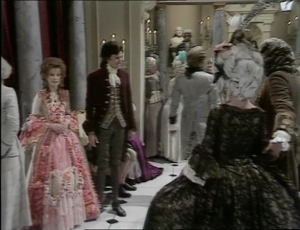 8. "Poldark" (1975-1977) - Robin Ellis and Angharad Rees starred in this BBC television adaptation of the first seven novels of Winston Graham's "Poldark" literary series about the life of a Cornish estate owner who had fought during the American Revolution. The series was created by Morris Barry and Anthony Coburn. 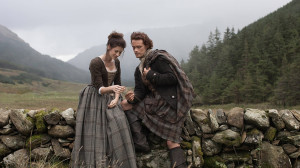 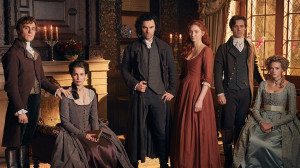 10. "Poldark" (1975-1977) - Aidan Turner and Eleanor Tomlinson starred in this BBC television adaptation of the first seven novels of Winston Graham's "Poldark" literary series about the life of a Cornish estate owner who had fought during the American Revolution. The series was created by Debbie Horsfield.

Posted by Juanita's Journal at 4:22 PM