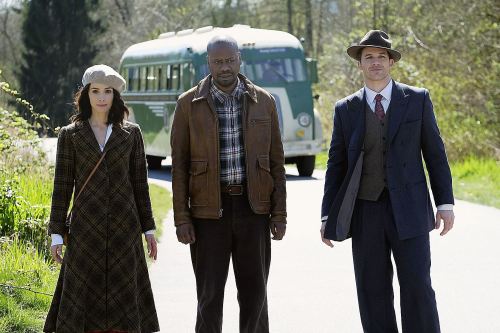 In an impulsive move, I decided to do a re-watch of the first episode of “TIMELESS”, (1.01) “Pilot”.  And I noticed a few interesting things: 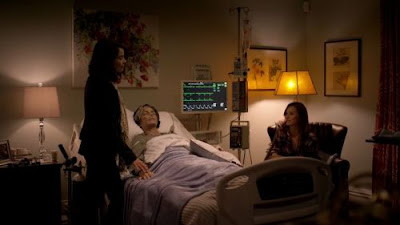 1.  The mother of historian Lucy Preston, was a seriously ill and bedridden patient when the series began. Rogue NSA Agent Garcia Flynn’s changes to the timeline not only improved Carolyn Preston’s life, but also produced a currently active soldier for the terrorist organization called Rittenhouse. Talk about irony. 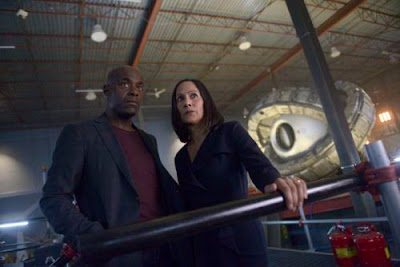 2.  There was an interesting scene between Mason Industries founder Connor Mason and Homeland Security Agent Denise Christopher, in which the latter chastised the former for creating a time machine behind the U.S. government’s back. Mason had called in the government after the newer time machine was stolen by Garcia Flynn. I had no idea that Agent Christopher and Mason had clashed before the Season Two episode, (2.02) “The Darlington 500″. I wonder if there will be future clashes between the two. 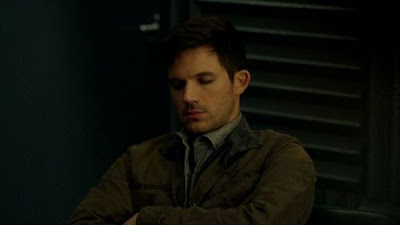 3.  Delta Force operative Wyatt Logan had been heavily drinking when he was first summoned to Mason Industries for the first time. His wife Jessica had been dead for at least four to five years at the time, which means he was still in a state of grief. 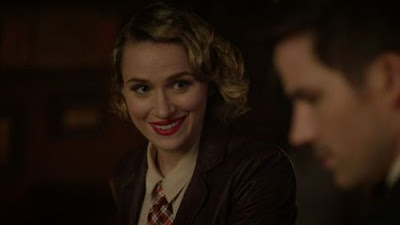 4.  Another example of Wyatt’s continuing grief over Jessica was his instant attraction to fictional journalist, Kate Drummond, who strongly reminded him of his late wife.  In fact, this led Wyatt to attempt to save her from the Hindenburg’s original crash and save her from the revised crash, even though she was destined to die. 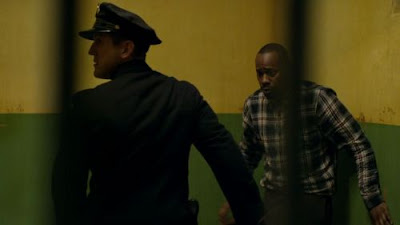 5.  This was a rather interesting scene to me. One, I noticed that Mason Industries programming engineer Rufus Carlin was kept in a separate cell from Lucy and Wyatt in order to maintain the racial status quo in 1937 New Jersey. I also found the scene both funny, thanks to Rufus’ insults to the cop; and scary at the same time. Instead of rushing toward the cell to hurt Rufus, the cop deliberately left the cell room and returned with a fellow cop with the intent to beat Rufus with batons (probably to death), especially since Wyatt was having difficulty unlocking the cells with the underwire of Lucy’s bra. 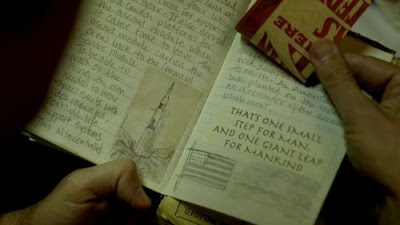 6.  This episode also introduced Flynn’s possession of Lucy’s diary. To this day, I have always wondered how he managed to acquire it, if the time machines cannot travel to the future. Or can they? The page featured in the image above hint the team and Flynn’s activities in the episode, (1.08) “Space Race”. 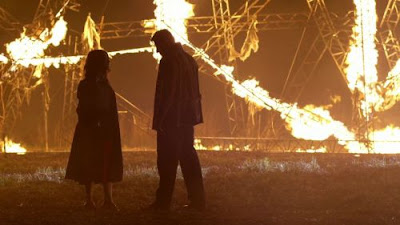 7.  I was surprised that Lucy and Flynn had their first meeting so soon in the series.  What is interesting is that Flynn displayed no hostility toward her.  Instead, he told her about the diary and his personal knowledge of her.  He also revealed his knowledge of Lucy’s aspirations to follow in Carolyn’s footsteps, warning her that would be a bad idea.  This last remark struck me as a foreshadow of the Season One finale’s revelation of Carolyn as a Rittenhouse agent. 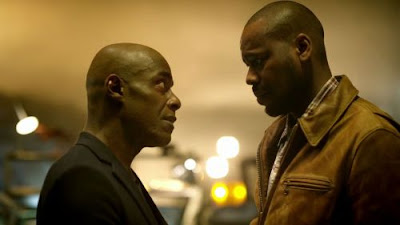 8.  This episode also revealed that Mason, had instructed Rufus to record the team’s mission and to continue doing so in the future.  This made me realize that Rittenhouse had been interested in Mason’s time machine from the beginning and foreshadowed Rittenhouse’s use of the newer time machine in Season Two. 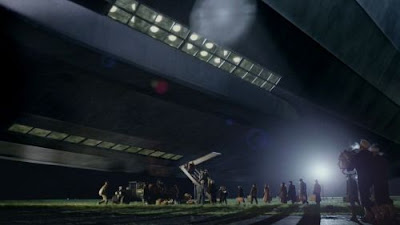 9.  For a long time, I have wondered why Flynn wanted to prevent the Hindenburg from crashing the first time.  But when I noticed that he had planted a bomb on the airship before it was due to return to Germany, I eventually speculated that he had discovered someone connected to Rittenhouse was scheduled to travel on that return journey.

Posted by Juanita's Journal at 6:57 PM