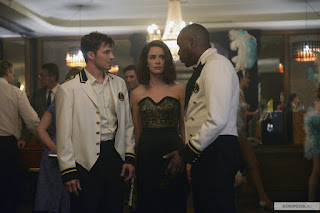 Below is a list of my favorite episodes from Season One of the NBC series, "TIMELESS".  Created by Eric Kripke and Shawn Ryan, the series stars Abigail Spencer, Matt Lanter, Malcolm Barrett and Goran Višnjić:TOP FAVORITE EPISODES OF "TIMELESS" SEASON ONE (2016-2017) 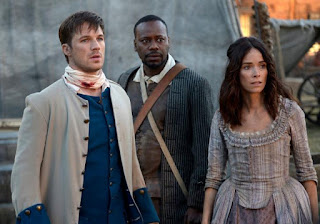 1.  (1.07) "Stranded" - The time traveling team of Lucy Preston, Wyatt Logan and Rufus Carlin follow fugitive Garcia Flynn (who is determined to destroy the organization known as Rittenhouse) to 1754, during the French and Indian War, and find themselves stranded when his team sabotages their time machine, the Lifeboat.  Katrina Lombard and Salvator Xuereb guest-starred 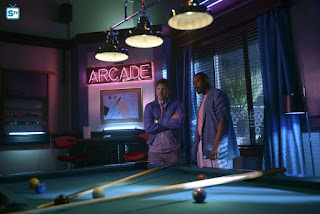 2.  (1.13) "Karma Chameleon" - Wyatt and Rufus take an unauthorized trip back to Toledo, Ohio in 1983 in an effort to prevent the one-night stand between the parents of the man who ends up murdering Wyatt's wife, Jessica. 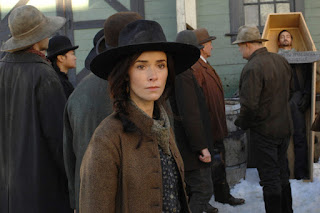 3.  (1.13) "The Murder of Jesse James" - The team travels back to April 1882, after Flynn saves outlaw Jesse James from being murdered by the Ford brothers.  Flynn uses the outlaw to help track down a former time traveling colleague.  They recruit  U.S. Marshals Bass Reeves and Grant Johnson to help them track down the pair.  Coleman Domingo, Daniel Lissing, Zahn McClarnon and Annie Wersching guest-starred. 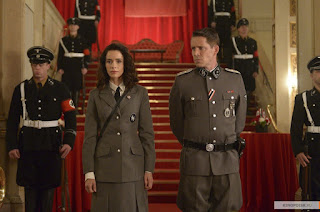 4.  (1.04) "Party at Castle Varlar" - The team continues its search for Garcia Flynn in 1944 Nazi Germany,where they receive help from Ian Fleming, the creator of James Bond.  Sean Maguire guest-starred. 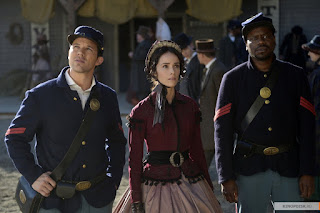 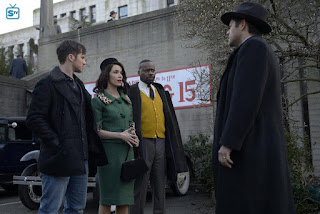 Posted by Juanita's Journal at 6:28 PM