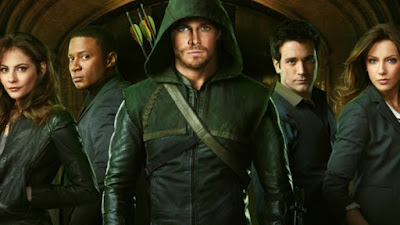 Below is a list of my five favorite episodes from Season One of the CW series, "ARROW".  Created by Greg Berlanti, Marc Guggenheim, and Andrew Kreisberg; the series stars Stephen Amell as Oliver Queen aka the Arrow: 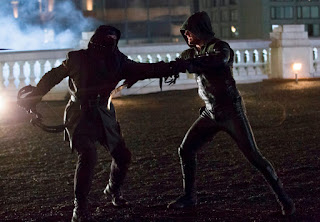 1.  (1.23) "Sacrifice" - In the season finale, Oliver Queen aka the Arrow and his friends struggle to stop Malcolm Merlyn's plans to destroy Starling City's working-class neighborhood, the Glades. 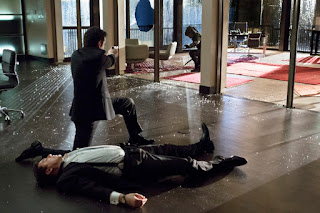 2.  (1.16) "Dead to Rights" - The Queen and Merlyn families become embroiled in Floyd Lawton aka Deadshot's attempt to kill Malcolm, after Moira Queen had hired the hitman to kill her business partner and prevent his plans for the Glades. 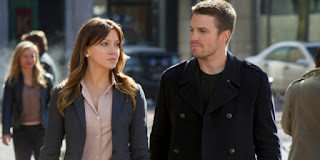 3.  (1.01) "Pilot" - After being regarded dead for five years, Oliver returns to Starling City to begin his vigilante activities as the "Hood" (the Arrow).  He also has to reconnect with his family and face his ex-girlfriend, Laurel Lance, whom he had cheated on before his fateful journey. 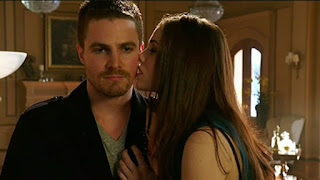 4.  (1.17) "The Huntress Returns" - Oliver's former lover, Helena Bertinelli aka the Huntress, returns to Starling City to continue her vendetta against her mobster father for the death of her fiance.  She tries to exploit Oliver's friendships with John Diggle and Felicity Smoak to coerce him into helping her. 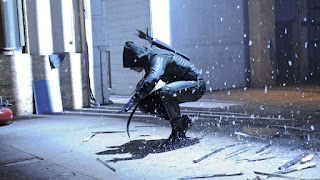 5.  (1.09) "Year's End" - Oliver attempts to track down a mysterious copycat vigilante, who is killing people on the list given to the former by his father five years ago. 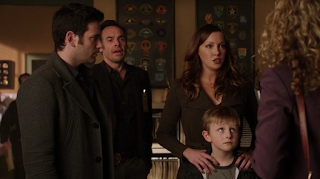 Honorable Mention:  (1.20) "Home Invasion" - Oliver risks Diggle's wrath by postponing his offer to help the latter track down Deadshot, in order to help Laurel and boyfriend Tommy Merlyn protect a young boy, who had witnessed the murder of his parents at the hands of a hit man.
Posted by Juanita's Journal at 2:10 PM