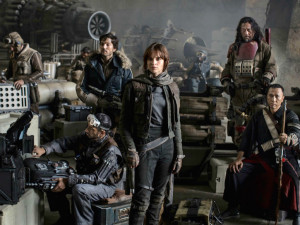 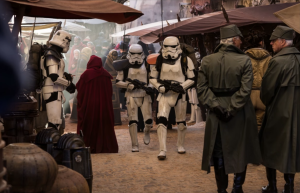 The Maldives served as a stand-in for the planet of Scarif, location of the Death Star plans and the movie's major battle. Between Chiang's production designs and Fraser's photography, part of that sequence brought back memories of various World War II movies set in the Pacific Theater.

In the end, I rather enjoyed "ROGUE ONE". There are some aspects of it that struck me as very original - especially in its characterization and its portrayal of the Rebel Alliance. Yet, at the same time, its plot and setting made it clear to me that the Disney Studios and Lucasfilm are still chained to some kind of nostalgia for the Original Trilogy - a nostalgia from which I feel they need to break free. And although I feel that the movie possess some flaws in its narrative, I still believe that it proved to be first-rate in the end.