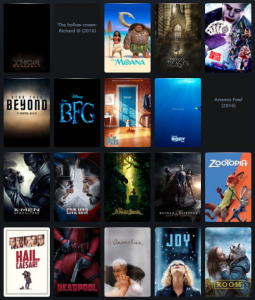 Below is a list of my ten favorite movies of 2016. (List subject to change in near future):

1. “Batman v. Superman: Dawn of Justice” - Zack Synder directed this excellent and vastly underrated second installment in the DC Extended Universe (DCEU) about supervillain Lex Luthor’s efforts to manipulate veteran vigilante Batman into a preemptive battle with Superman, whom Luthor is obsessed with defeating. Ben Affleck and Henry Cavill starred as Bruce Wayne aka Batman and Clark Kent aka Superman.


2. “Suicide Squad” - David Ayer wrote and directed this very entertaining adaptation of the DC Comics series about a group of anti-heroes and villains forced by the government to battle a supernatural sorceress bent upon world conquest. Will Smith and Margot Robbie starred in this third DCEU installment.


3. “Fantastic Beasts and Where to Find Them” - Eddie Redmayne starred in this excellent spin-off of the Harry Potter series about the adventures of a British wizard in the wizarding community of 1926 New York City. David Yates directed.


6. “Rogue One: A Star Wars Story” - Gareth Edwards directed this stand alone film in the Star Wars saga about a group of Rebels who learn about the Imperial Galaxy’s new weapon, the Death Star, and set about stealing the plans. Felicity Jones and Diego Luna starred.


9. “Love & Friendship” - Kate Beckinsale starred in this first-rate adaptation of Jane Austen’s 1794 novel, “Lady Susan”, about a wry and calculating widow who pursues wealthy husbands for both herself and her daughter. Whit Stillman wrote and directed the movie.


10. “Zootopia” - Ginnifer Goodwin and Jason Bateman starred in this excellent Oscar nominated Disney animated film about a rookie bunny cop and a cynical con artist fox must work together to uncover a conspiracy. Byron Howard and Rich Moore directed.
Posted by Juanita's Journal at 4:53 PM